It was a grey day but for many people in Granollers it was a happy and exciting one.
There were long queues at the voting centres and families and friends all came together to vote in the non-referendum, not quite a consultation, but definitely a democratic well-organised chance to make your opinion known. Two questions : Do you want Catalunya to become a state? and Do you want this State to be independent?

The Catalan government announced that 2,305,290 votes were cast overall. 80.8% of cast votes supported Yes-Yes or Si-Si. 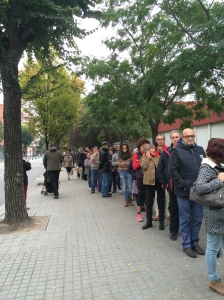 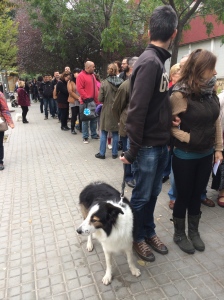 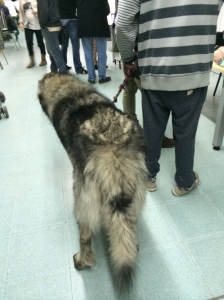 Of course I was interested in how many dogs came along to take part in this important day.

No figures were announced for that but I loved how they were included as a matter of course!